I know, it feels like I am constantly posting about new products the last couple of days, but there are so many new and exciting cars that have been released!

Area52.cc has posted some great information about the Serpent offerings at the Toy Fair.  Check it all out here http://www.area52.cc/news/4597-toyfair-2014–serpent.html .

As well as the recently released, and very nice, Spyder SRX2 RM and SRX2 MM there was a RTR version of the Rear Mount car, which is an exciting prospect for those racing on a budget.

One of the most interesting offerings is the Spyder SRX2 RM 2WD Short Course Truck. Based on the Spyder 2WD buggy the truck features a moulded composite chassis with very large side guards that take lexan shields in order to improve the jumping characteristics by reducing the parachute effect created by the large SC bodies. The shields reduce the amount of air that finds its way into the body during jumping making for a more stable flight. Other features include all-alloy big bore shock absorbers, a high torque ball differential, carbon fibre shock towers and a newly designed SC body. Beside the full-blown competition truck there will also be a club level variant under the newly formed Serpent Sport label. The truck comes with slightly simplified shocks, composite shock towers and battery mount as well as some other “cost efficient” solutions in order to target the budget racer. The Sport truck will at least come as RTR, maybe also as roller without electronics. The competition version is set for a May release, the RTR variant may hit the stores a month later. 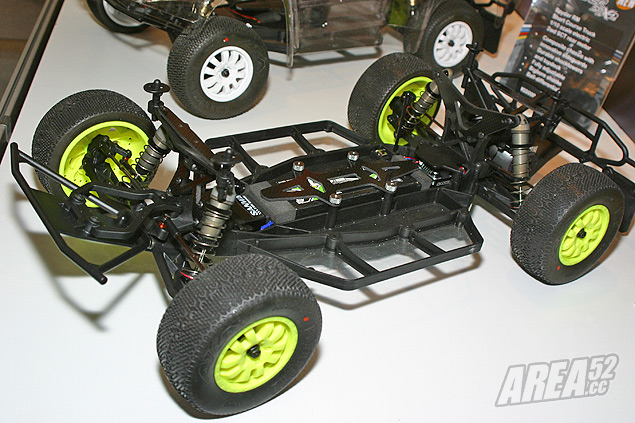 There are also some interesting 1:8 scale on road and off road offerings, but rather than repost it all, head over to the source 😉

I can’t but help thinking while reading the avalanche of news from the Toy Fair that the monster truck is making a comeback in a big way!

It was only the other week that we saw news of a refreshed Savage XL Nitro truck, and earlier this year the impressive Halifax monster truck from Vaterra appeared featuring the intriguing ACV from Spektrum.

This week in news from the toy fair we have seen the new Losi LST XXL-2 Gas Monster Truck, the Savage XL Octane Gas Monster Truck, ECX have updated their Torment with 4wd, ARRMA have released details of their 6s capable Kraton Monster Truck and from Kyosho another 6s EP monster has been announced in the form of the Psycho Kruiser.

Am I the only one that wants to see a Massive Monster Truck comparison?

No sooner than I write about the disappointment of no Savage octane at the Toy Fair, then I see a page on RC news posting photos of a Savage XL Octane!! Check out all the photos and information at http://www.rcnews.net/2014/01/30/savage-xl-octane-turns-heads-at-toy-fair/

HPI so far has had disappointingly little new in the way of products.  Just before the show they released an updated Savage XL, and many were hoping for the long awaited Savage Octane Gas powered models, but alas nothing.  The racers in the community were hoping for a hot bodies 2wd buggy, maybe a D214?  But alas, nothing there.

What HPI did surprise us with was the Cue 1:32 scale buggy!  Designed for maximum fun in the tiniest size possible it is small enough to fit in your hand but packed with action and excitement.  The Cue is a lightweight yet tough buggy that will have you building tiny ramps and racetracks across your living room or dining room table!  With a built in lipo that charges from the controller, it may not fall into the category of a hobby rc car for some, but it certainly looks like fun, and produces a good turn of speed.  No word on price just yet.

HPI did post a tongue in cheek preview of the Cue on their facebook channel which gives a better idea of it’s scale, however it is an unlisted video, so check it out directly at http://youtu.be/en4SmfRd0eU

LRP are showing off their S8 NXR 1/8th off-road buggy at the 2014 Toy Fair.  The vehicle was seen in prototype guise at last year’s show, however now it is production ready. The buggy will feature many 7075-T6 aluminum parts such as the slim 3mm thick chassis plate, front C-hubs and steering knuckles, rear hubs, and R/L thread turnbuckles. The carbon fiber top deck allows for a front mounted RX battery pack while the rear RC box takes the receiver and it additionally also has space if you find the need to mount the RX pack in the rear. The engine is mounted in an angled 1-piece aluminum motor mount while big bore aluminum shocks take care of the handling duties. Other features include a large volume center differential, a blue anodised fuel filter, rear mud guards, lightweight diff outdrives, composite chassis braces, as well as a cab forward body shell.

Losi has some big releases for the Toy Fair, and we really do mean BIG!!

To begin with, the LST has once again been refreshed with the LST XXL-2.   Now one of the biggest changes is in fuel type, this is not a nitro truck, but a Gas machine.  Whilst HPI has been promising the Savage Octane for, well years now, Losi has gotten it’s act together and actually released a gas powered 8th scale monster truck.

Features of the new LST XXL-2 include AVC, Spektrum 2.4ghz radio, roto start, Dynamite .31 Cubic Inch Gasoline Engine, 2 speed gearbox and 300cc fuel tank.  I can’t help but think that this looks like a winner as long as any bugs have been ironed out of the engine.

The other even BIGGER news is 5ive Mini WRC RTR.  Yes, a 5th scale rally car hot on the heels of the Desert Buggy XL. Now I love Rally cars, RC and 1:1, but this huge unit looks like an absolute blast!   All this awesomeness does come at a price, and that looks to be about $2000 making the Desert Buggy XL a cheaper option, but you get a lot for your money,  I mean EFI!  This is what losi had to say:

This officially licensed replica of the John Cooper Works (JCW) World Rally Championship (WRC) MINI Countryman personifies the essence of rallycross performance with an outstanding design and authoritative 4WD power. To better power through the off-road the 5IVE MINI WRC is equipped with a powerful 29cc gasoline engine, and an extremely capable shaft driven 4wd drive train with 3 viscous differentials for even power distribution. The patent-pending Spektrum™ AVC (Active Vehicle Control) technology system has been included so drivers can make the most of the high speed potential of the 5IVE MINI WRC regardless of the driving environment.

R.O.S.S. Remote Operated Start and Stop System: The MINI WRC comes equipped with the Remote Operated Start and Stop System (R.O.S.S.), which allows drivers to start and stop the engine with the push of a button. Long gone are the hassles associated pull start engines and hex tools, in a matter of seconds the 5IVE MINI WRC is ready to conquer the outdoors with authority.

Surefire™ EFI System: The 5IVE MINI WRC engine comes equipped with the Surefire electronic fuel injection system. This intuitive system features advanced electronic fuel injection for smooth and reliable operation for better efficiency and allaround performance. EFI also makes starting easier than ever so you wont need to worry about tuning a carburetor or touch a needle-valve to enjoy an easy start.

La Trax, the cut price division of Traxxas, has come out with a new 1:18 scale vehicle called the Teton.  Looking somewhat like a “honey I shrunk the Truck”version of the Traxxas Teluride trail truck , although with a bit of a tougher look.  With a 2.4ghz radio, 4wd and waterproof electronics it can certainly claim to be “Ready to Explore”.

Vaterra have to be one of my favorite brands at the moment, with some fantastic looking, and performing, vehicles.  And their latest releases at the Toy Fair only expand on that reputation with 2 amazing looking vehicles.  The first is a 1967 Ford Mustang, and let’s face it, that is a vehicle that is hard not to love!  in 1:10 scale, and ready to run, this is sure to be a hit, especially as many enthusiasts are looking more towards scale looking vehicles.

Vehicle no.2 is another vehicle form the Ford stable, but a newer vehicle, the Ford Raptor pre-runner truck.  The Raptor is underpinned by Vaterra’s durable V100 chassis and comes ready-to-run with a Spektrum 2.4GHz radio system, 2S LiPo battery and charger. The included Dynamite electronics are all waterproof. Vaterra have also added a non-sensored brushless motor, allowing the truck to reach speeds above 65km/h.  AVC is also fitted to this vehicle.

ECX, a new player in the RC scene at the budget end, have some fantastic products, and have released a few new ones this week!

The Torment is one such vehicle in the always popular Short Course Truck category.  However now it will be available in a 4wd RTR package as well, coming fitted with a Dynamite 15T brushed motor, ca Speedpack 8.4V 7-Cell NiMH battery pack, Spektrum DX2E transmitter and a waterproof Spektrum SR201 receiver.

The Circuit Stadium Truck is another vehicle that has had a 4wd system fitted to it as well.   And in the refresh, I have to say looks like a much meaner vehicle!

The last ECX update is to the Torment Monster Truck, which as with the other two vehicles, has benefited from the upgrade to 4wd (I never got the appeal of a 2wd monster truck myself). 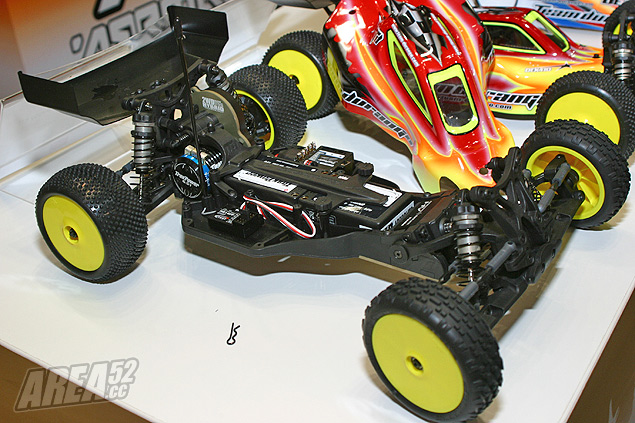