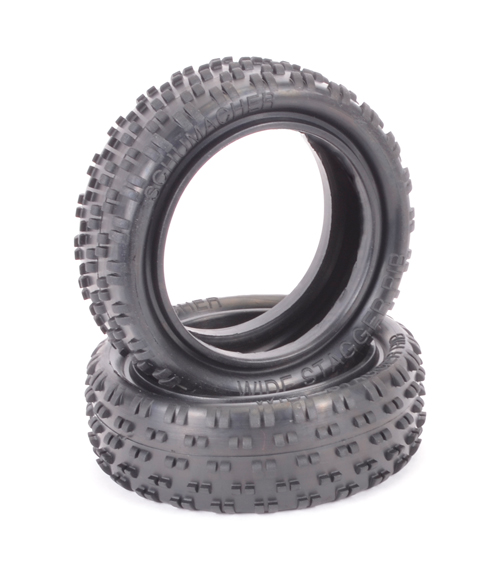 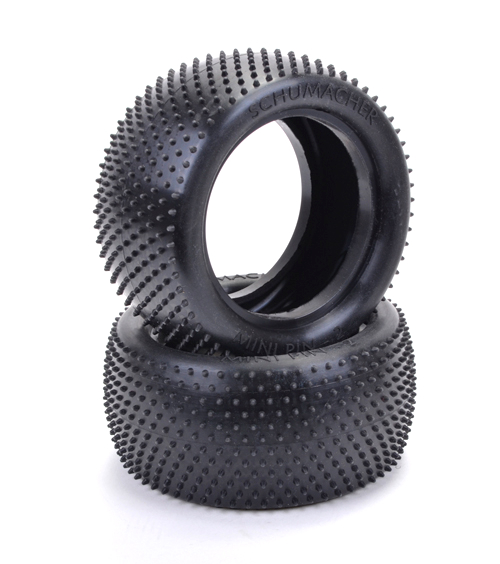 Now the Cougar KF 2wd Buggy is not that old, but none the less there is a new version out with a surprisingly long list of new parts. Like all Schumacher Buggies, it’s bound to be a ripper and of the best quality.  How much different the changes make over the KF2 I guess we will see!

As you may have noticed, normally I don’t post about new parts unless they are something exceptional, but as the Cougar KF is my ideal 2wd buggy, I couldn’t resist.  You see I have a list of requirements for a buggy in my head, and the KF ticks them all with ease.  The only part of it I was not familiar with was the Carbon Fiber chassis, which isn’t a bad thing, just a chassis material that i’m not versed with, but I could have leaned to live with.

However today Schumacher have released an Alloy chassis for the Cougar KF, thus ticking the last box in my mental list. The details from Schumacher are as follows:

I have written a couple of “What to Buy” type articles before, and with the release of the B44.3 I thought I would add a what 4wd Buggy to the list! We won’t separate into RTR or Kits because there are very few competition level 4wd buggies that are available as RTR’s. Mid mount or rear mount motors, well there are variations to positioning, but in 4wd they are all mid mounted. I may have missed out some, but I think I have most of the major models in the 4wd game at the moment.

TLR had a bit of a gap in their lineup until recently when the 22-4 was added to their range.  A development of the older XX-4 (not the XXX-4 that replaced that) it is unusual in that it sports a triple belt drive system rather than the driveshaft arrangement found more commonly in other 4wd Buggies.  Featuring an alloy chassis that is the current trend in buggy chassis it follows the norms there, but the forward motor, triple belt drive system certainly makes it look a bit different under the hood.  Ball Differentials at each end to provide drive and a cab forward body finish off what is an impressive package.  TLR even throw in two sets of wheels for the 22-4! Battery wise, it is Saddle packs here, although you can accommodate a few different sized packs.
http://www.tlracing.com/Products/Default.aspx?ProdID=TLR03005

The newest player on the 4wd block, although with a revised rather than all new car, is the Associated B44.3.  The B44 platform has been no slouch, and the .3 iteration adds some important updates.  An Alloy chassis being one notable feature update for this model along with a floating motor and servo mounts. Weight distribution is also a key flexibility with the ability to run a Front motor, rear saddle battery pack configuration, or flip it all around to with a rear motor configuration with a shorty pack on the opposite side. Gear differentials are a new feature to cater for the current generation of high grip, and/or indoor tracks, however the previous generation ball differentials are compatible.
http://www.teamassociated.com/cars_and_trucks/B44.3/Factory_Team/

The new ZX-6 Buggy is the natural choice for a Buggy form Kyosho which comes as a kit as with the B44.3 and 22-4 above, however there is a 2nd choice from Koysho.  That 2nd choice comes in the Ready to Run Dirt Hog Buggy which is a fraction of the price of the ZX-6 Kit.  Yes, it is nowhere near as competitive as it’s big brother, but as a vehicle for somebody wanting to try out 4wd Buggy for a smaller slice of your hard earned dollars, or a younger driver getting in to the hobby.  Based on the Fazer platform it comes with a 2.4ghz radio, slipper clutch, 27t brushed motor and ESC, NiMH battery and charger.
http://www.kyoshoamerica.com/Dirt-Hog-Type-1-Orange-4WD-Bug_p_23265.html

Let’s talk about big brother now, the ZX-6.  Like the B44.3 the ZX-6 has a configuration that can be altered from a shorty battery on the right or left, through to a saddle pack layout, although the ZX-6 has a few more configurations available than the B44.3.  Alloy chassis is the name of the game here as well, and the shocks are the quality we have come to expect from the ZX line of Kyosho vehicles.  Ball differentials at both ends and an aggressive cab forward body finish off what is always a high quality product.
http://www.kyoshoamerica.com/LAZER-ZX-6-4WD-Kit_p_23216.html

For the most part Traxxas is a Basher brand, not racing.  This is illustrated by them not having a 1:10 4wd Buggy in their lineup.  So if you are a Traxxas Fan, move along, nothing to see here.

The much hyped, and long delayed D413 is the still hard to get Buggy from HPI/HB. It’s layout is a little different to the norm with it’s designer, Torrance Deguzman focusing on strength first to give the driver confidence to push on.  It has a very similar layout to it’s predecessor, the Hot bodies D4 and D4 WCE with a Carbon Fibre chassis, but very different front bulkheads/shock towers, with a triangular arrangement with front and rear arms bracing the arrangement.  Gear differentials x3 (front, centre & rear) are another defining feature.  This is something normally reserved for the big 1:8 buggies, but has been packed into the small D413 platform.  Another unusual feature is monocoque suspension arms with adjustable stiffness plates.  A Saddle Pack or Shorty configuration are also battery placement options along with Front or Rear motor placement options.  Whilst one of the more unusually configured buggies, it has proved itself at the 2013 Roar Nationals at the hands of Ty Tessmann where he took the win in the D413.
http://www.hpiracing.com/en/kit/112723

Xray are no strangers to off road racing with their luxury, and very competitive, 8th scale buggies, and now they have a fighter in the 10th scale ring in the form of the XB4, with the XB4 2014 being the latest version of the Buggy.  A key feature of the XB4 is the composite chassis frame with separate front and rear chassis plates allowing the entire rear suspension to be mounted in the standard position, or directly to the aluminium chassis with some optional parts. The front and read differentials are bevel gear types for lifespan and reliability, however optional ball differentials are available.  Saddle pack batters are the only battery configuration option here.
http://www.teamxray.com/xb4/

The CAT series of 4wd Buggies from Schumacher are legendary in their home country of England, and the latest version, the CAT K1 Aero is no exception. Sporting a Carbon Fibre chassis, nut guards on the shock towers to protect them from damage, gear differentials front and rear, twin efficient belt transmission and awesome black anodised parts, it is a car that looks as good as it performs.  Not the cheapest car with all the carbon fibre, but one that can perform on any world stage.
http://www.racing-cars.com/pp/Car_Showroom/CAT_K1_Aero.html

Bolstered by the addition of Atsushi Hara to their ranks of racers they have suddenly shot into the limelight.  It’s not that they are new, they just had a much lower profile in the west until recently.  In 1:10 their platform is the S104 EK1 which is a little hard to find much information about from their website, and to be honest, i’ve not seen anybody in Australia racing one, but it’s an option none the less.  I have seen a Kit and RTR version in different places which is unusual for a competition 4wd buggy.  It comes with two different bodies as well, one for salle pack configuration and a different one for shorty battery packs. Alloy chassis and shaft driven it’s layout is fairly conventional with maybe the exception of the 14mm wheel hexes.
http://www.sworkz.com/s104_EK1.html

Now onto it’s fourth version, the DEX410 V4 is an affordable car that is well engineered and proven itself on a range of race tracks around the world.  Stronger gear differentials and a narrow alloy chassis are features of the Buggy. The saddle pack battery configuration is a little different with the rear driveshaft running over the top of the batteries, and removed in order to change them.  The car comes with an almost bewildering range of adjustments, which means it can be made to work well on any circuit.
http://www.team-durango.com/race-cars/dex410v4/

Yokomo also has a player in the 4wd game with their B-Max 4 III.  I’m afraid to say I know little about this platform, although I have seen a few people racing them.  Shaft driven, Gear differentials, Saddle Pack battery configuration and an alloy chassis all look top notch quality, and up to date in terms of their design.  It is just a manufacturer that we don’t hear a lot about.
http://www.teamyokomo.eu/yokomo-europe/eshop/1-1-Yokomo-Chassis/0/5/1649-Yokomo-B-MAX4-III

A big name in RC Cars, but one that you don’t often see on the tracks with their TRF503 4wd Buggy.  Perhaps it is the price, nearly double some of its competitors, or maybe it is the …… no, really it;s the price that puts it out of reach for the average racer and for that much more over some fantastic other buggies in this sector that cost less, it’s hard to justify.
http://www.tamiyausa.com/items/radio-control-kits-30/off-road-buggies-36450/rc-trf503-chassis-kit-42275

There are a lot of companies out there making fantastic Touring Cars, and Schumacher from the UK is no exception.  We have posed before about their latest version of the Mi line of TC’s, the Mi5evo and now you can read about just how good it is in a very in depth review from Scott G over at Action RC.  Head over to Action RC to read the full review of the Mi5evo from opening of box through to hitting the track –  http://www.actionrc.com.au/?p=9519

Yes, the new touring car from Schumacher has appeared, and it’s a little different to what you might expect to see, however no less impressive than we have come to expect from Schumacher.  Action R/C has all the details on their website at

or check out the youtube video with details on the car below.

Now the Schumacher CAT K1 isn’t an old vehicle, in fact it is pretty new, although it is certainly the latest iteration of the fantastic CAT range from Schumacher.

So what is new?  Gear instead of ball diffs, carbon fibre instead of alloy chassis, A sexy looking AirFlo body to replace the boxy cab forward tye that i’m not particularly a fan of,  aerodynamic nut guards for the shock towers (I like these) and a large high downforce wing. So a few changes, certianly enough to qualify this as a seperate model, and it liiks liek the 2 may be sold in tandem as they are obviously intended for significantly different conditions.

I am still loving the black “Stealth” look, all in all, I think I need to get one of hte new Schumacher buggies, although at my skill level, probably a 2wd car.